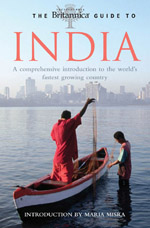 An ancient culture and a new economic power in the world India in the twenty-first century stands on the verge of being one of the world's newest superpowers with a population of 1.1 billion. In the sixty years since its independence, it has transformed into a modern nation with limitless resources—yet it is also a nation of extremes. It is a people with 15 official languages, over 166 million mobile phone users, and an economy that spans from traditional village farming to the cutting edge of new technology. From the snowy mountains of the Himalayas to the tropical waters of Kerala, India is the 6th most popular tourist destination in the world. This guide is the perfect introduction for the reader who wants to know more than the guide books and gain a deeper understanding of India's history and culture as well as the key sites to visit.