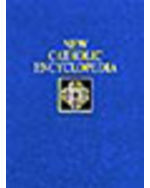 Since 1967, the New Catholic Encyclopedia, cited by Library Journal as one of the top 50 reference sources of the millennium, has been a standard in public, academic, and high school libraries worldwide. Prized for its scholarly presentation of persons and subjects related to Catholicism and the humanities, the Encyclopedia is the first place you turn when your users have questions on topics such as abortion, divorce, witchcraft, and tolerance. Gale, together with the Catholic University of America, is proud to offer a new and updated edition of this multi-volume set.

This revised edition features contributions from hundreds of scholars from all over the world, under the guidance of Catholic University of America's Reverend Berard Marthaler, O.F.M.Conv. And Gale. Incorporating content from the five supplementary volumes to the first edition of the New Catholic Encyclopedia, this edition also features revised and new articles. Among the 12,000 signed entries in the Encyclopedia are articles on theology, philosophy, history, literary figures, saints, musicians and much more.

"New material, especially about the controversial topics of gender and reproduction, has been added. Older articles have been revised, or their bibliographies updated... The scope of this edition is, in fact, impressively broad... Recent news about sexual abuse by members of the clergy is not mentioned, no doubt because of inevitable delays in publishing so large a reference set... Highly recommended." -- Choice (March 2003)

"Incorporating and updating articles from the 1967 set and the four supplements.., this new edition is the standard reference book for all questions Catholic. Within its 15 volumes are excellent articles on theolgy, church history, and canon law; and thoughtful discusssions on other religions, other forms of Christianity, and such topics as "Anarchism," "Poverty," and "Prostitution"... The writing is always clear and, most of the time, quite engaging; black-and-white reproductions are scattered throughout. Numerous articles have been added; some have been eliminated, such as "Pluralism, Political" and, sadly, "Poetry." In addition, some of the supplement entries have not made it into this edition, including one on "Pedophilia." ...However, despite any quibbling about such quotidian mysteries (and quibbling it is-since the set still gazes unblinkingly at the church's many darker hours, including the Inquisition and the persectuion of the Huguenots), this is a great encyclopedia." -- School Library Journal (Febraury 2003)

"...lay Catholic Thomas Carson, who shepherded the encyclopedia at Gale, takes pride in the production. 'This is beyond a book to me,' he said. 'This is a big part of my life. They can bury me with a copy." -- Newsday.com (February 21, 2003)

"The final volume of the second edition, containing the index, appeared about six weeks after the fourteen text volumes. The index, printed in triple columns in a highly readable typeface, is very workmanlike, referring to main articles and to names and topics within articles. Volume-page references to main articles are printed in boldface. The index greatly increases the usefulness of the set. Essential. All collections." -- Choice (May 2003)

"Published jointly by the Catholic University of America and the Gale Group, this 15-volume reference is a monumental success, destined to be the single comprehensive reference resource on Catholicism...With extensive cross references, a readable two-column layout, and a sturdy binding that will last another 40 years, the encyclopedia is recommended for all libraries." -- Library Journal (December 2002)

"...this 15-volume reference is a monumental success, destined to be the single comprehensive reference resource on Catholicism..." -- Library Journal (December 2002)

"... In addition to matters Christian in general and Roman Catholic in particular, this second edition offers Catholic thought on more universal subjects such as democracy, justice, and the self. For this reason alone, academic, public, and many highschool libraries should acquire it." -- Booklist (January 2003)

"...will serve as a prominent reference source in Catholic studies as well as religious studies in general. Certainly large university libraries should consider its purchase as well as larger public libraries." -- ARBA (2003)

"The Catholic world is not the same as it was in 1967 when the first edition of the New Catholic Encyclopedia was published. Since then, liturgical changes instituted by the Second Vatican Council have swept through Catholic churches, scriptural scholarship has expanded and canon law has been revised. So when editors considered revising the New Catholic Encyclopedia, published this September by The Catholic University of America Press and the Gale Group, they had to consider not only basic changes in the church but also new biographies of deceased Catholics, newly canonized saints, changes in women's roles, Pope John Paul II"s extensive travels and developments in other religions." -- The Michigan Catholic (November 2002)