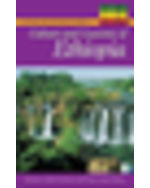 Explore the fascinating culture of Ethiopia, a highly diverse nation built on the foundations of ancient kingdoms-truly a melting pot of traditions from Africa as well as other continents. With increasing freedom of speech and growing access to technology, Ethiopians are better able-and more eager-than ever to share ideas, art, and information not only with each other, but with the rest of the world. This detailed volume offers readers informed perspectives on one of the world's oldest populations, covering its long-ago history as well as its evolution in the 21st century. Readers will discover Ethiopa's collection of written and oral stories, unique art and architecture inspired by royalty and religion, delicious cuisine, and many forms of music, dress, and dance. The book's chapters also describe important changes in Ethiopia's social customs, prevalent attitudes regarding women, and the nation's historically oppressive political system.