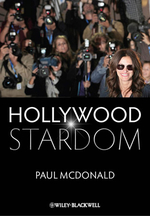 Through a deft integration of star and film industry studies, Hollywood Stardom reveals the inextricable bonds between culture and commerce in contemporary notions of film stardom. Film scholar Paul McDonald explores stars and stardom in the modern film industry, analyzing the period in which the concept of star image has morphed into the star brand in a celebrity-obsessed world. Topics explored include configurations of stardom in Hollywoods talent hierarchy, the role of stars as independent producers, their use in celebrity endorsements and value in the film market, and the formation of prestige stardom through the film awards system. A wide range of examples are explored, including actors George Clooney, Mel Gibson, Tom Cruise, and Daniel Day-Lewis; along with extended case studies of some of Hollywoods top screen icons: Tom Hanks, Will Smith, and Julia Roberts. Grounded in scholarly rigor, Hollywood Stardom represents an important contribution to contemporary film studies and the shifting role of stardom in the modern Hollywood film industry.