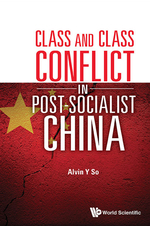 Front Cover.
Half Title Page.
Title Page.
Copyright Page.
Dedication.
Preface.
Contents.
List of Tables.
1: Introduction.
2: Class and Class Conflict in Socialist China (1949–1978).
3: Class and Class Conflict in Post-Socialist China Since 1978.
4: The Making of a Cadre–Capitalist Class.
5: The Transformation of the Maoist Working Class in Urban China.
6: The Making of the New Migrant Working Class in South China.
7: The Making and Remaking of the Maoist Peasantry.
8: The Making of a New Middle Class.
9: Conclusion.
References.
Index.