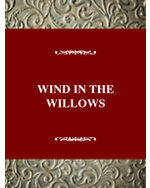 Wind in the Willows, 1st Edition

Examines Kenneth Grahame’s masterpiece from numerous angles. Placing the book within its literary and historical context, Hunt first examines the England in which Grahame lived and wrote. From liberal socialism to the burgeoning railroads to the suffragette movement, every facet of English life was changing, and so, too, was children's literature. And in this context of a swiftly changing society, as well as changing viewpoints toward literary genres, Grahame's new book was met with a flock of confused reviewers. From Hunt's brief study of the critical reception of Willows, we can see from the outset that critics were unclear for whom the book was intended. In his reading of Willows, Hunt uncovers the complexity of the work. The characters function differently from chapter to chapter; the symbolism means different things at different times, and basic structure bounces from one of closure to open-ended adult narrative.