This collection of critical essays covers hundreds of writers who have made significant contributions to British, Irish, and Commonwealth literature from the 14th century to the present day. The contributors analyze many individual works and engage the reader with their distinctive themes and stylistic. Introductory essays and chronological tables open each volume and provide historical background. Each Supplement covers approximately 20 additional authors. 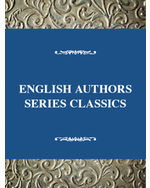