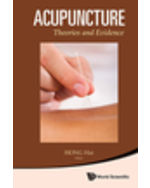 Acupuncture is widely practised in the 21st century in scientifically developed countries for a wide range of ailments ranging from chronic pain, giddiness and high blood pressure to gastrointestinal disorders and sexual dysfunction. Yet the reasons for its vaunted efficacy remain a matter of controversy. In traditional Chinese medical theory, the mechanism of action in acupuncture was understood in terms of the flow of qi and the balance of yin and yang through the bodys meridians, a complex network painstaking charted but never found. Modern medical researchers have examined old and new needling points, and some view them as trigger points that stimulate physiological responses in the body. There is also clear evidence of strong placebo effects, although it has not been conclusively established that that this is either the main or the only significant effect. This volume contains twelve articles covering the latest scientific explanations of the mechanism of acupuncture and critical reviews of clinical trials on its efficacy by leading scholars, including Edzard Ernst at Exeter, Lixing Lao at the University of Maryland, PC Leung at the Chinese University of Hong Kong and Thomas Lundeberg at Karolinska Institute. Hong Hai is Senior Fellow at the Institute of Advanced Studies and Adjunct Professor, Nanyang Technological University, Singapore and Director of the Renhai Clinic.