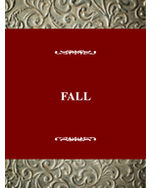 Examines the last novel of Algerian-born French writer Albert Camus (1913-1960). The two-character work--which has perplexed and disturbed readers since its publication in 1956--is in essence a dramatic monologue, the confession of a former Parisian attorney, Jean-Baptiste Clamence, to a stranger in an Amsterdam bar. As the narrative unfolds, the reader is increasingly drawn into the role of the listener and ultimately comes to feel personally threatened by Clamence's revelations. Offers readers a peerless guide to this Nobel Prize-winning novel, which is less widely known to readers than other works by Camus. Details the biographical and historical events shaping the writing of the novel, assesses the novel's literary importance, and surveys critics' and scholars' reception to it. Included in the volume are a Chronology, Notes and References, a Selected Bibliography, and an Index.