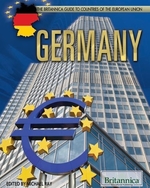 Germany’s complex past is riddled with both stunning triumphs and staggering failures. Once little more than a federation of tribes, over the course of its history, it formed various alliances, some of which were broken while others survived and allowed Germany to become a significant power in Europe and the world. And although a sense of German national identity was centuries in the making, folk traditions, regional culture, and a robust intellectual tradition have endured throughout the ages and produced world-famous musicians, artists, and writers. Still, Germany’s roles in both World Wars remains a significant—and appalling—part of its history. This all-encompassing volume profiles Germany from antiquity to the present day, examining its layered past, including its transition from a world power to a divided state and the major economic strides it has made since unification.