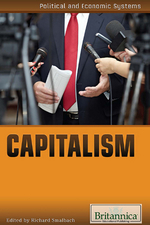 Capitalism is first and foremost an economic system that prizes free and competitive markets, private ownership, and a comparatively small role for government intervention and regulation. Yet capitalism also has many political undertones and has become associated with notions of freedom, individualism, self-determination, and anti-unionism. As a political and economic philosophy, it was a major player in the Cold War, squaring off against communism and seemingly triumphing. The colorful history of this economic system that doubles as a political philosophy is recounted here, from Medieval-era experiments in agraian capitalism and mercantilism to the 21st century digital economiy and bitcoins. This is a fascinating and provocative read and an immersive journey through the political and economic history of the modern world.