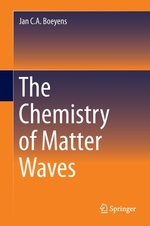 The quantum and relativity theories of physics are considered to underpin all of science in an absolute sense. This monograph argues against this proposition primarily on the basis of the two theories' incompatibility and of some untenable philosophical implications of the quantum model. Elementary matter is assumed in both theories to occur as zero-dimensional point particles. In relativity theory this requires the space-like region of the underlying Minkowski space-time to be rejected as unphysical, despite its precise mathematical characterization. In quantum theory it leads to an incomprehensible interpretation of the wave nature of matter in terms of a probability function and the equally obscure concept of wave-particle duality. The most worrisome aspect about quantum mechanics as a theory of chemistry is its total inability, despite unsubstantiated claims to the contrary, to account for the fundamental concepts of electron spin, molecular structure, and the periodic table of the elements. A remedy of all these defects by reformulation of both theories as nonlinear wave models in four-dimensional space-time is described.