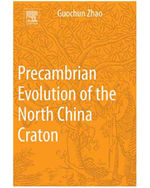 The North China Craton is one of the oldest cratonic blocks in the world, containing rocks as old as 3.85 billion years. Focusing on Neoarchean mantle plumes and Paleoproterozoic plate tectonics, this book combines the results from modern geological research to provide you with a detailed synthesis of the geology, structure, and evolution of the North China Craton. It will be of value to anyone interested in the evolution of cratonic blocks and Precambrian geology as well as geoscientists interested in applying tectonic models to other cratonic blocks globally. This work will also be of interest to geologists concerned with the problems of structure and evolution of the Precambrian continents and supercontinents.The first book to apply mantle plume and plate tectonics models to understanding the Neoarchean accretion and Paleoproterozoic amalgamation of a craton. Features more than 75 geologic maps, illustrations, diagrams, and microphotographs depicting the progressive stages of the North China Craton's Precambrian evolution. Authored by one of the world's foremost experts in cratonic evolution and mantle plume and plate tectonic modeling.