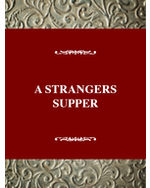 Offers a rare look inside the traditional tribal culture of Montenegro. Interviewed by Zorka Milich, herself a descendant of Montenegrins and a fluent speaker of their Serbian language, these articulate centenarians explain what life was like for the women behind Montenegro's warriors. They talk about their relationship with their husbands, their experience of childbirth (which women often underwent outdoors or in a barn, sometimes alone), the pain of losing a son to war and not being able to grieve openly (pride that he gave his life for Montenegro was the "correct" response). And they give eyewitness accounts of historic events---the Balkan Wars, World War I, and World War II---as they played themselves out in this remote and barren country the Montenegrins call Crna Gora, or Black Mountain.