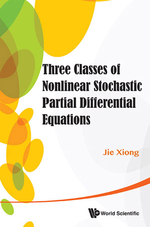 The study of measure-valued processes in random environments has seen some intensive research activities in recent years whereby interesting nonlinear stochastic partial differential equations (SPDEs) were derived. Due to the nonlinearity and the non-Lipschitz continuity of their coefficients, new techniques and concepts have recently been developed for the study of such SPDEs. These include the conditional Laplace transform technique, the conditional mild solution, and the bridge between SPDEs and some kind of backward stochastic differential equations. This volume provides an introduction to these topics with the aim of attracting more researchers into this exciting and young area of research. It can be considered as the first book of its kind. The tools introduced and developed for the study of measure-valued processes in random environments can be used in a much broader area of nonlinear SPDEs.