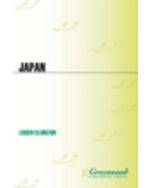 From sushi bars to anime, video games, and the enduring mystique of the samurai, Japan's fascinating culture is becoming increasingly prominent around the world. Experiencing two major modern economic revolutions and emerging as a major world economic power, Japan has become one of the globe's most influential countries.

This volume focuses on an often misunderstood nation with vast economic and cultural influence in the United States and around the world. It combines thoroughly up-to-date coverage of Japan's history, geography, politics, economics, and society, with a range of helpful reference tools.

Delving deeper than typical reference books, Asia in Focus: Japan is the ideal authoritative introduction to Japanese life for students, businesspeople, travelers, and other interested readers. The volume offers a contemporary look at the Japanese economy, extensive cultural coverage, and a rich collection of photographs. This resource also dispels long-running stereotypes and misconceptions to show Japan's surprising diversity and creativity.