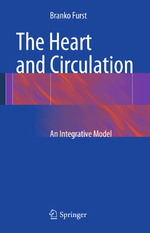 The Heart and Circulation, 1st Edition

​This book traces the development of cardiovascular physiology in the light of accumulated experimental and clinical evidence and, rather than making the findings fit the standard pressure-propulsion mold, let the phenomena "speak for themselves." It starts by considering the early embryonic circulation, where blood passes through the valveless tube heart at a rate that surpasses the contractions of its walls, suggesting that the blood is not propelled by the heart, but possesses its own motive force, tightly coupled to the metabolic demands of the tissues.  Rather than being an organ of propulsion, the heart serves as a damming-up organ, generating pressure by rhythmically impeding the flow of blood. The model's validity is then confirmed by comparing the key developmental stages of the cardiovascular system in the invertebrates, the insects and across the vertebrate taxa. The salient morphological and histological features of the myocardium are reviewed. The complex, energy-dissipating intracardiac flow-patterns likewise suggest that the heart functions as an organ of impedance, whose energy consumption closely matches the generated pressure, but not its throughput. Attention is then turned to the regulation of cardiac output and to the arguments advanced by proponents of the "left ventricular" and of the "venous return" models of circulation. Hyperdynamic states occurring in arteriovenous fistulas and congenital heart defects, where communication exists between the systemic and pulmonary circuits at the level of atria or the ventricles, demonstrate that, once the heart is unable to impede the flow of blood, reactive changes occur in the pulmonary and systemic circulations, leading to pulmonary hypertension and Eisenmenger syndrome. Finally, the key points of the nook are summarized in the context of blood as a 'liquid organ' with autonomous movement.​