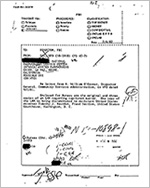 Federal Response to Radicalism in the 1960s

This resource illuminates the enduring conflict in American history between the need of society to protect basic freedoms and the equally legitimate need to protect itself from genuine threats to its security and existence.

Organized alphabetically by organization, this collection covers a wide range of viewpoints on issues including:

It sheds light on internal organization, personnel, and activities of some of the most prominent American radical groups and their movements to change American government and society. This collection supports a wide variety of courses in the study of:

Federal Response to Radicalism in the 1960s provides valuable information and reference materials on the most influential individuals, groups and activities of a critical era in American history. Including: