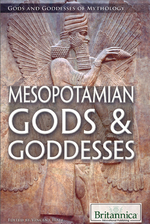 Mesopotamian religion was one of the earliest religious systems to develop with—and in turn influence—a high civilization. Followed by the Sumerians, Akkadians, Babylonians, and Assyrians, Mesopotamian religion and mythology reflected the complexities of these societies and has been preserved in remnants of their cultural, economic, and political institutions. This absorbing volume provides a glimpse of the cradle of civilization by examining Mesopotamian religious and mythological beliefs as well as some of the many gods and goddesses at the core of their stories and also looks at epics—such as that of Gilgamesh—and other aspects of Mesopotamian life.