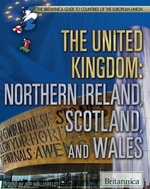 Northern Ireland, Scotland, and Wales—storied lands that have sparked the global imagination through their legends and centuries-old traditions—often seem to be eclipsed by the neighboring England. While there are many similarities between them, each is culturally distinct, with languages, traditions, and identities not shared by the others. But even as Northern Ireland, Scotland, and Wales each work to safeguard their unique heritages, they have also worked together and with England, despite the often tense relationships between them that have at times made coexistence difficult and independence movements frequent. The histories, peoples, and traditions of these remarkable lands are the subjects of this comprehensive volume.