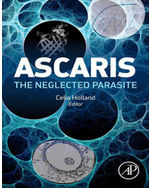 This book tackles a number of different perspectives concerning the parasitic helminth Ascaris, both in animals and in humans and the disease known as ascariasis. It seeks to identify interesting, exciting and novel aspects, which will interest readers from a broad range of disciplines. Over a quarter of the world's population are infected with the human roundworm, and the equivalent in pigs is equally ubiquitous. Both contribute to insidious and chronic nutritional morbidity, and this has been quantified, in humans, as disability adjusted life years approximating 10.5 million. Ascaris larvae develop in host parenteral tissues, and the resultant pathology has been condemnation. Ascariasis, despite its staggering global prevalence and the sheer numbers of people it infects, remains a classic neglected disease. However, renewed interest in the consequences of early infection with worms from the perspective of immune modulation, co-infections and the development of allergy further enhances the relevance of these parasites.