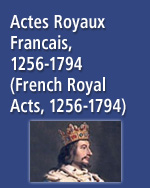 One of the largest collections of its kind, Archives Unbound: Actes Royaux Français, 1256-1794 offers a wealth of information on the legislative and administrative history of France, as well as other aspects of French life. About 16,000 pamphlets covering this important period in French history are available in this collection. Dealing with the financial and political administration of France proper from the late 13th century to the end of the monarchy, nearly three-quarters of these pamphlets are concentrated in the 18th century; a considerable number are of earlier origin. Many of the early pamphlets are reprints of materials published by officials during the period of the monarchy as a reminder of the established rights or obligations of their constituency.

Among the topics covered in this collection are: 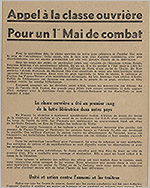