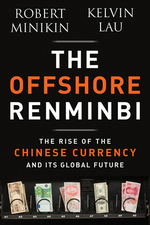 The Offshore Renminbi: The Rise of the Chinese Currency and Its Global Future, 1st Edition

The role of the Chinese renminbi is undergoing a major revolution as it is transformed from the "people's currency" of mainland China to a major international currency. Eventually, it will not only be used for trade and investment purposes but will have a role as a major official reserve currency, a potential competitor to the global role of the US dollar. This book outlines why the emergence of China as a major economic power will likely be soon matched by a transformation of the renminbi's role in the global financial system. It explains why China is not yet ready to fully open up its economy to international capital flows, so completely new markets for the "offshore" renminbi are developing outside mainland China. The book outlines the regulatory steps which have laid the foundations for the new "offshore" renminbi, the importance of Hong Kong in the early stages of the new markets and the huge potential for renminbi market growth given China's role in global trade. This book represents an introductory guide to the key issues  which would go on describe more technical aspects of the internationalization development.  It picks out broad themes which would be  of interest to the general reader and policymakers, as well as discussing more detailed issues which will be of practical and direct interest to corporate treasurers and investors, amongst others.

Front Cover.
Half Title Page.
Title Page.
Copyright Page.
Contents.
Foreword.
Preface.
List of Acronyms and Key Terms.
1: The New Global Role for the Renminbi.
2: Linking the Offshore and the Onshore Renminbi Markets.
3: The Birth and Evolution of the Offshore Renminbi Market in Hong Kong.
4: New Markets—New Jargon, New Opportunities.
5: Geographical Expansion of the Offshore Renminbi Universe.
6: Drivers for Internationalisation.
7: The Rise of the Renminbi and Its Policy Implications.
Afterword: The Life Overseas with the Rising Renminbi.
Appendix: The CNH Timeline.
Bibliography.
About the Authors.
Index.