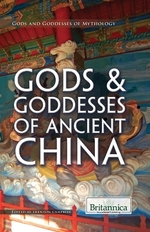 This authoritative volume examines the two main faiths, Confucianism and Daoism, that developed before China had meaningful contact with the rest of the world. Aspects of Buddhism later joined features of these faiths to form elements of Chinese ideology and, with the beliefs in immortals and the worship of ancestors, they led to a popular religion. The narrative describes the gods and goddesses that dominated China's mythology and folk culture, roughly from the 3rd millennium to 221 BCE, including the Baxian (Eight Immortals), Chang'e (moon goddess), Guandi (god of war), the Men Shen (door spirits), and Pan Gu (first man).