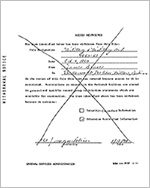 The official image of Turkish society promoted by the ruling elite since the 1920s is one of relative constancy. In reality, however, Turkish society is a mosaic of diverse and at times contending ethnic and linguistic groups.

The postwar result of Pres. Atatürk's secularist reforms was the creation of two cultures: a secularized and westernized elite culture and a mass culture based on traditional religious values.

In the liberalized postwar atmosphere, party politics became a source of instability and democracy. During the 1950s, tensions between the main parties increased as the Democrat Party government of Prime Minister Adnan Menderes became more authoritarian, and the economy suffered inflation and heavy debt.

Democracy in Turkey, 1950-1959 offers unique opportunities for undergraduate and graduate research. Easy access to State Department records provides new insights in which pivotal nations have shaped their policies toward the U.S. and other nations. This content illuminates the internal conditions of a variety of nations in exhaustive detail by reproducing thousands of pages on political, governmental, and military affairs, as well as economic and social issues.

Democracy in Turkey, 1950-1959: Records of the U.S. State Department Classified Files offers unique opportunities for research. These collections illuminate the internal conditions of a variety of nations in exhaustive detail by reproducing thousands of pages on political, governmental, and military affairs, as well as economic and social issues.