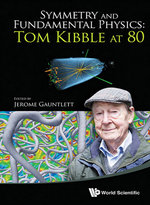 Tom Kibble is an inspirational theoretical physicist who has made profound contributions to our understanding of the physical world. To celebrate his 80th birthday a one-day symposium was held on March 13, 2013 at the Blackett Laboratory, Imperial College, London. This important volume is a compilation of papers based on the presentations that were given at the symposium.The symposium profiled various aspects of Toms long scientific career. The tenor of the meeting was set in the first talk given by Neil Turok, director of the Perimeter Institute for Theoretical Physics, who described Tom as our guru and example. He gave a modern overview of cosmological theories, including a discussion of Toms pioneering work on how topological defects might have formed in the early universe during symmetry-breaking phase transitions. Wojciech Zurek of Los Alamos National Laboratory continued with this theme, surveying analogous processes within the context of condensed matter systems and explaining the Kibble-Zurek scaling phenomenon. The days events were concluded by Jim Virdee of Imperial College, who summarized the epic and successful quest of finding the Higgs boson at the Large Hadron Collider at CERN. At the end of the talk, there was a standing ovation for Tom that lasted several minutes.In the evening, Steven Weinberg gave a keynote presentation to a capacity audience of 700 people. He talked eruditely on symmetry breaking and its role in elementary particle physics. At the banquet dinner, Frank Close of Oxford University concluded the banquet speeches by summarizing the significance of Toms contributions to the creation of the Standard Model.