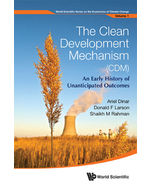 Following the Earth Summit in Rio de Janeiro in 1992, countries took up the difficult task of finding a common approach that would slow down the build-up of greenhouse gas emissions in the atmosphere and delay changes to the planets climate. A widespread concern among many of the participants in the newly formed United Nations Framework Convention on Climate Change was that the emission reductions needed to significantly affect climate change would cost so much that it could jeopardize the chances of a coordinated international solution. To address this concern, several flexible mechanisms were designed, including the CDM.While many applaud the CDM, others are concerned with its performance and achievements, and whether or not it will be continued beyond 2012. Critics argue, among other things, that it has not delivered on the sustainable development objective for which it was established and that projects are unevenly distributed, both geographically and sectorally.Much analysis is available on CDM, but very little comprehensive analysis, addressing various aspects of CDM is available. With a major decision for its continuation, a multi-dimensional analysis would be needed. This book is about the economic assessment of certain (not certain) CDM performances, and its future sustainability and trajectory.