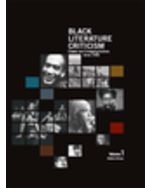 some content may not be available due to rights restrictions. Call your Sales Rep for details.

"For its specialized nature, its prose, and its cost, this scholarly work is highly recommended for academic libraries and larger public libraries, even those repositories that have the first edition." --Library Journal, September 15, 2008

"Libraries that have subscribed to the earlier GLC [Gale Literary Criticism] volumes will certainly want to add this new set, but smaller academic libraries on limited budgets will also do well to find room for these volumes. This set is recommended for all academic libraries." --ARBA, March 2009

"I was impressed with the look of the volumes and elated to finally see a new infusion of black literary reference books that take a critical perspective while maintaining critical distance." -- Ricardo Cortez Cruz, Winner of the 1992 Charles H. & N. Mildred Nilon Award for Excellence in Minority Fiction

"...includes coverage of 80 writers whose works are considered canon and have therefore been subjected to maor critiques, as well as writers who have appeared in major anthologies and encyclopedias of African American literature." --Booknews, August 2008

"The updates and additional authors covered make this a worthwhile purchase for libraries with the earlier volumes. Academic and public libraries that did not purchase the earlier volumes should still consider this as a valuable resource for newer black authors..." --Booklist, October 2008