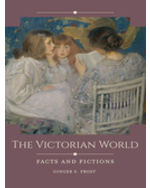 While the Victorian era captivates many today, much of what people believe about the Victorian world is actually false. This book looks at nine specific myths about Victorian Britain, explaining how the myths perpetuated and then showing why they are inaccurate. Coverage spans 1830-1914, from shortly before Victoria's reign to World War I. The book is organized in three sections, beginning with social issues, then cultural ones, and ending with politics and war. The social sections pull in the reader by discussing the most common myths about the Victorians-their sexual prudery, strict gender roles, and infamous views of the family-while offering counterpoints to the myths. The cultural section moves into humor, criminal justice issues, and race, and the political section caps the book with discussions of the Industrial Revolution, foreign affairs, and war. Included are a large number of primary source documents showing how the misconceptions became popular, along with evidence for what scholars now believe to be the truths behind the myths.