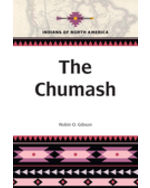 The Chumash, part of the Indians of North America series, presents a fascinating portrayal of the history and culture of these native people. The Chumash Indians inhabited a huge territory along the southern coast of California, where they created a social system that included class divisions and the use of shell-bead currency. In the mid-18th century, when the Spanish began expanding their colonial holdings into the Chumash homeland, they brought with them deadly diseases, forcing most of the tribe to die or flee. Many Spanish missionaries convinced the remaining tribe to relocate to missions they set up in Chumash territory with the goal of eradicating Chumash beliefs and social practices. Today, the Chumash seek to recover and preserve their ancient traditions.