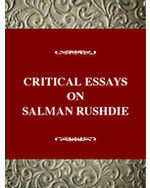 Essays pay tribute to the popular Anglo-Indian novelist who helped open the door for the recent introduction of Indian literature into mainstream Western culture.