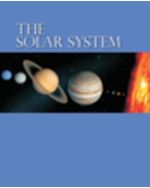 This work covers 180 major topics on Earth's solar system as it is understood from the latest perspectives. For this new edition, 58 new topics have been added and every essay has been thoroughly expanded, from the text through bibliographies, to bring it up to date in view of the many interplanetary missions that have expanded our knowledge of the solar system, from Pioneer and Voyager through the missions of Galileo, Cassini Huygens, the Hubble Space Telescope, and the latest Mars probes as of 2009. No reference dedicated to the solar system is this detailed or complete and up to date. Coverage is presented in an A to Z format,from "Archaeoastronomy" and "Asteroids" through "Venus's Volcanoes" and "White and Black Dwarfs", and is supplemented by more than two hundred photos. Essays fall into one or more of the following categories: the Cosmological Context, Earth, the Jovian System, Life in the Solar System, Mars, Mercury, Natural Planetary Satellites, Neptune, Planets and Planetology, the Saturnian System, Scientific Methods, Small Bodies, the Solar System as a Whole, the Stellar Context, the Sun, Uranus, and Venus.