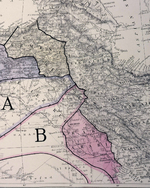 From the National Archives at Kew, UK. Selected by Dr. Charles Tripp, School of Oriental and African Studies, University of London, these documents cover the political and administrative history of the modern state which has emerged from the ancient civilization of Mesopotamia. Like Series 1, this database offers conference reports, ministerial memos and diplomatic dispatches, as well as official letters of correspondence from regional leaders, press releases and arms deal reports. This collection will also appeal to those with an interest in economics, politics and peace studies.

Series 2 on Iraq covers these events: