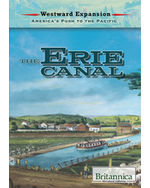 In 1890, barely a century after the United States of America's founding, the Census Bureau declared the American frontier closed. This series chronicles the causes and effects of the young country's rapid westward expansion, examining its positive outcomes, such as improved transportation and communication methods, as well as its devastating impact on Native Americans and other negative consequences of this mass migration. Readers will grasp the full picture of this era and how it contributed to American history and culture.