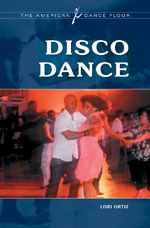 Americans apparently had a love-hate relationship with disco. After the 1977 blockbuster movie Saturday Night Fever, an estimated 15,000 new discotheques opened across the United States. But in July of 1979, a Chicago baseball stadium was filled beyond capacity, drawn by an ill-conceived radio station promotion inviting listeners to publicly express their hatred of disco by bringing records to be destroyed.