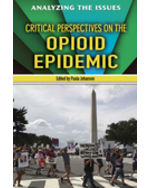 The use of painkilling drugs has become an epidemic, with an increasing number of prescriptions being written as well as illegal use of street drugs. Deaths from unexpected overdoses are followed by reports of opioids being added to various street drugs, in inconsistent amounts. It's hard to know from news reports just how dangerous opioids can be or who is using them. This text has primary-source evidence from doctors and thoughtful analysis from health experts and court cases, as well as personal viewpoints of people affected in their ordinary lives, helping students think critically about opioid use and abuse.