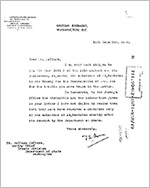 Afghanistan's history, internal political development, foreign relations and very existence as an independent state have largely been determined by its location at the crossroads of Central, West and South Asia. From antiquity to modern times, vast armies of the world passed through Afghanistan, temporarily establishing local control and often dominating Iran and northern India.

Although it was the scene of great empires and flourishing trade for more than 2,000 years, Afghanistan did not become a truly independent nation until the 20th century - and for much of that century it remained neutral. Afghanistan did not participate in World War II, for instance, nor did it align with either power bloc during the Cold War. However, the country was a beneficiary of the Cold War rivalry as both the Soviet Union and the United States vied for influence by building such infrastructure works as roads, airports, water and sewer systems and hospitals.

For this collection, Gale compiled thousands of pages, arranged topically and chronologically, on crucial subjects such as political parties and elections, unrest and revolution, human rights, government, labor, housing, public health, religion, industry and much more.