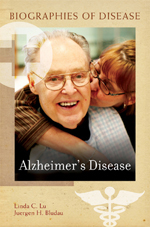 First described by German psychiatrist Alois Alzheimer in 1906, Alzheimer's disease is a terminal and degenerative form of dementia. Sadly, over a century later, there is still no known cure. Over five million Americans have Alzheimer's; by 2050, Alzheimer's is predicted to affect 1 in 85 people globally.