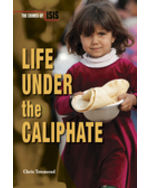 The Crimes of ISIS: Life Under the Caliphate, 1st Edition

ISIS claims to have reinstated the glorious caliphate of old: a time when Islam was at the center of the world, and Islamic law was the law of the land. Many of their practices are considered barbaric by modern standards, but followers of the Islamic State claim their ways are prescribed by righteous ancestors, passed down orally and in written records. Daily life under the caliphate has been turned upside down for those caught in the path of ISIS. Students will learn how ISIS enforces a 1,500-year-old body of laws, what daily life is like for followers of the Islamic State, and what it's like to live under the caliphate for those forced to endure the rule of ISIS.