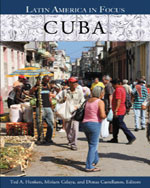 In this era of ever-increasing globalization and communication across national borders, Cuba remains an isolated island oddly out of step with the rest of the world. And yet, Cuba is beginning to evolve via the important if still insufficient changes instituted by Raul Castro, who became president in 2008. This book supplies a uniquely independent, accurate, and critical perspective in order to evaluate these changes in the context of the island's rich and complex history and culture. Organized into seven topical chapters that address geography, history, politics and government, economics, society, culture, and contemporary issues, readers will gain a broad, insightful understanding of one of the most unusual, fascinating, and often misunderstood nations in the Western Hemisphere.