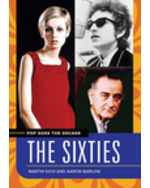 1969 went out in a way that could never have been imagined in 1960. While the president at the end of the decade had been vice president at the start, the intervening years permanently changed American culture. This title explores the cultural and social framework of the 1960s, addressing film, television, sports, technology, media/advertising, fashion, art, and more. Entries are presented in encyclopedic fashion, organized into categories such as controversies in pop culture, game changers, technology, and the decade's legacy. A timeline highlights significant cultural moments, while an introduction and a conclusion place those moments within the contexts of preceding and subsequent decades. Attention to the decade's most prominent influencers allows readers to understand the movements with which these figures are associated, and discussion of controversies and social change enables readers to gain a stronger understanding of evolving American social values.