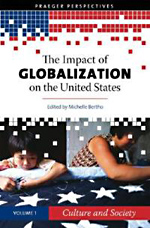 The Impact of Globalization on the United States, 1st Edition