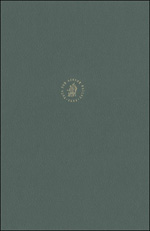 The 11-volume Encyclopaedia of Islam, New ed. (also known as EI-2) was published over a 42-year period from 1960 through 2002 and followed up with a 2004 Supplement. Starting in 1986, several early volumes were republished at the same time that new volumes were being published. Includes articles on Muslims of every age and land, on tribes and dynasties, on the crafts and sciences, on political and religious institutions, on the geography, ethnography of the various countries and on the history, topography and monuments of the major towns and cities. Its scope encompasses the old Arabo-Islamic empire, the Islamic countries of Iran, Central Asia, the Indian sub-continent and Indonesia, the Ottoman Empire and all other Islamic countries.