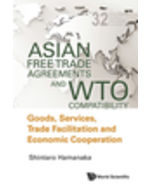 It is an appropriate time to rethink the relationship between trade regionalism and multilateralism in the Asian context as we witness the proliferation of free trade agreements (FTAs) in Asia. In the 1980s and 1990s, many scholars and policymakers believed that Asian integration was market-based, rather than legal-based, and that Asian integration would never be codified through agreements. Yet today, there are a large number of FTAs signed and under negotiation in Asia.This book investigates the appropriate relationship between regionalism and multilateralism, with a special reference to recent FTAs in Asia.