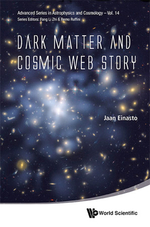 The concepts of dark matter and the cosmic web are some of the most significant developments in cosmology in the past century. They have decisively changed the classical cosmological paradigm, which was first elaborated upon during the first half of the 20th century but ran into serious problems in the second half. Today, they are integral parts of modern cosmology, which explains everything from the Big Bang to inflation to the large scale structure of the Universe.Dark Matter and Cosmic Web Story describes the contributions that led to a paradigm shift from the Eastern point of view. It describes the problems with the classical view, the attempts to solve them, the difficulties encountered by those solutions, and the conferences where the merits of the new concepts were debated. Amidst the science, the story of scientific work in a small country occupied by the Soviet Union and the tumultuous events that led to its breakup are detailed as well.This book is accompanied by a website which contains additional material: copies of the originals of some crucial papers, astronomical movies, and movies which showcase the private life of the author.