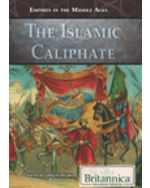 Empires in the Middle Ages: The Islamic Caliphate, 1st Edition

For approximately six hundred years after the death of Muhammad, the founder of Islam, the Muslim community formed a cohesive state called the Caliphate. This book follows the four distinct Caliphates (Rightly Guided, Umayyad, ‘Abbasid, and Fatimid) through their periods of leadership, to the state's prolonged downfall at the hands of the Seljuqs and the Crusaders, and its ultimate defeat by the Ottoman Empire. This text includes a focus on contributions made to the arts, literature, medicine, astronomy, science and mathematics, among other disciplines, particularly during the golden age of the Caliphate spanning the eighth and ninth centuries.