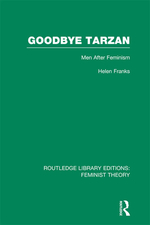 What do men feel about the women's movement? How has it changed them, if at all? To try and answer these questions Helen Franks talked to many men and drew upon research in Britain, the US and Australia. She interviewed men from all social groups – business executives, writers, factory workers, shopkeepers – and all ages, from fifteen to fifty-nine. They included divorced men, husbands, gay men, and some who had 'swapped roles' with the women in their lives. She found some surprising results. All men, whatever their attitude to women, seem to be affected, not to say threatened, by feminism. In these pages she documents the thoughts – often confused – of very different kinds of men on sharing housework; women as colleagues; sexual behaviour; pornography; gayness; friendship with other men; fatherhood and marriage. Helen Franks is a sympathetic listener. A committed feminist, she pulls no punches in her criticisms of traditional male attitudes. But she believes that the problems men find in responding constructively to feminism are considerable. After all, men have no broad-based 'men's movement' to sustain them. And she argues that patriarchal society oppresses men, just as, though in a different way, it does women. The feminist classics of the 1960s and 1970s changed women's lives by revealing a world of shared experiences and unfulfilled potential. The time has come to do the same for men.