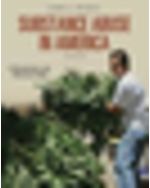 This book provides a comprehensive overview of drug policy in the United States from the early 1900s through the present day, providing historical and social context through the telling of the colorful and often tragic stories of the events and individuals throughout this period.

Front Cover.
Half Title Page.
Recent Titles in Documentary and Reference Guides.
Title Page.
Copyright Page.
Dedication.
Other Frontmatter.
Contents.
Reader’s Guide to Related Documents and Sidebars.
Foreword.
Preface: The Forgotten War.
Introduction.
1: The Early 20th Century.
2: “The Whole Vast System of Bunco”.
3: “A Big Wild Man who has Cocaine in his Body”.
4: “A Hitherto Inoffensive Negro”.
5: “In the Course of his Professional Practice Only”.
6: “The Great Social and Economic Experiment, Noble in Motive and Far Reaching in Purpose”.
7: “No One but a Physician”.
8: “ Nobody Shot Me”.
9: “I Believe this would be a Good Time for a Beer”.
10: “The Sick and Afflicted shall be Set in the Way of Strength and Hope”.
11: The 1930s through the 1950s.
12: “As Dangerous as a Coiled Snake”.
13: “It has Something to do with Something that is Called Marihuana”.
14: “It is Concluded that Marihuana is not a Drug of Addiction, Comparable to Morphine”.
15: “They Go from Sneaky Pete to Pot to Horse to Banging”.
16: “They Took the Needle When the Thrill of Marijuana was Gone”.
17: “To Provide a More Effective Control of Narcotic Drugs and Marihuana”.
18: “I Saw the Best Minds of My Generation Destroyed by Madness”.
19: “Current Treatment of Addiction is Unsatisfactory”.
20: The 1960s through the Mid-1990s.
21: “Better Living through Chemistry”.
22: “We Really Thought that Drugs were Going to Change the World”.
23: “Crapping Around will not be Tolerated”.
24: “ ‘Junky Johnny’ Comes Marchin’ Home”.
25: “Like Dom Perignon and Caviar”.
26: “We are Fighting a Disease, Not People”.
27: “From the Champagne of Drugs to the Beer of Drugs”.
28: “He Liked the Prop. It Drove the Point Home”.
29: “Heroin and Cocaine Infected Thousands of Drug-Stunned Addicts”.
30: “The Experiment in Mass Incarceration”.
31: The Mid-1990s to 2011.
32: “Any Other Illness for which Marijuana Provides Relief”.
33: “Heroinville”.
34: “It’s Growing from within”.
35: “I Felt My Face Just Melting”.
36: “It’s All Rather Irrelevant”.
Bibliography.
Index.
About the Author.