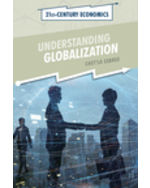 This volume helps demonstrate the interconnectedness of international economies and cultures in the twenty-first century. Through discussions of economic, political, and cultural globalization, students will begin to understand the varied dimensions of global economies. This book presents twenty-first-century examples of globalization ranging from Apple's outsourced manufacturing to the ways in which countries that are a part of the United Nations work together to combat climate change. Students will also learn how, even though the term "globalization" is still relatively new, the concept itself dates all the way back to ancient trade routes.