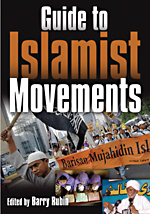 This comprehensive guide to today's most important, yet least understood transnational ideology political Islamism. The movement takes many forms, ranging from electoral participation to revolutionary terrorism and global jihad, and influences the politics of virtually every country. The guide begins with two general essays. The first is an overview of contemporary Islamism that assesses its roots in the history of Islam and traces the rise of Islamist thought through the twentieth century to contemporary times. The second essay addresses the concept of "global jihad" and jihadist movements, especially in relationship to terrorism, and provides background to the various groups and movements discussed in the book. Following these introductions, sections are organized geographically and cover the areas of intense, and known, Islamist activity Sub Saharan Africa, Asia, Australia and the Pacific, Central Asia, North Africa and the Middle East, Europe, and the Western Hemisphere. Essays within the sections examine specific countries and regions, and detail the groups and activities within these areas. The essays include detailed bibliographic information for further research.